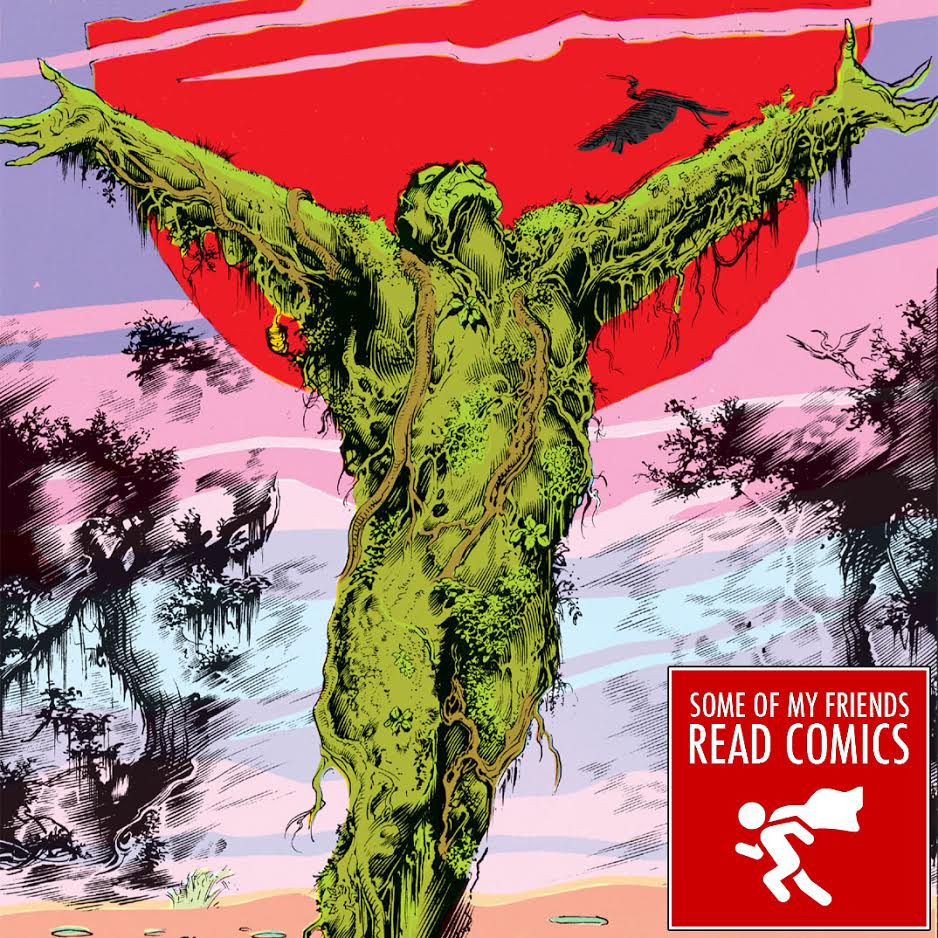 It’s been way too long since we read some Alan Moore, so it’s time to remedy that with his run on Swamp Thing from the early 80’s.

It’s dark, twisted stuff that turned the concept of Swamp Thing on its head and reinvigorated the franchise and influenced to many other comics to this day.

And that terrific horrific art by Stephen Bissette…. treat yourself.