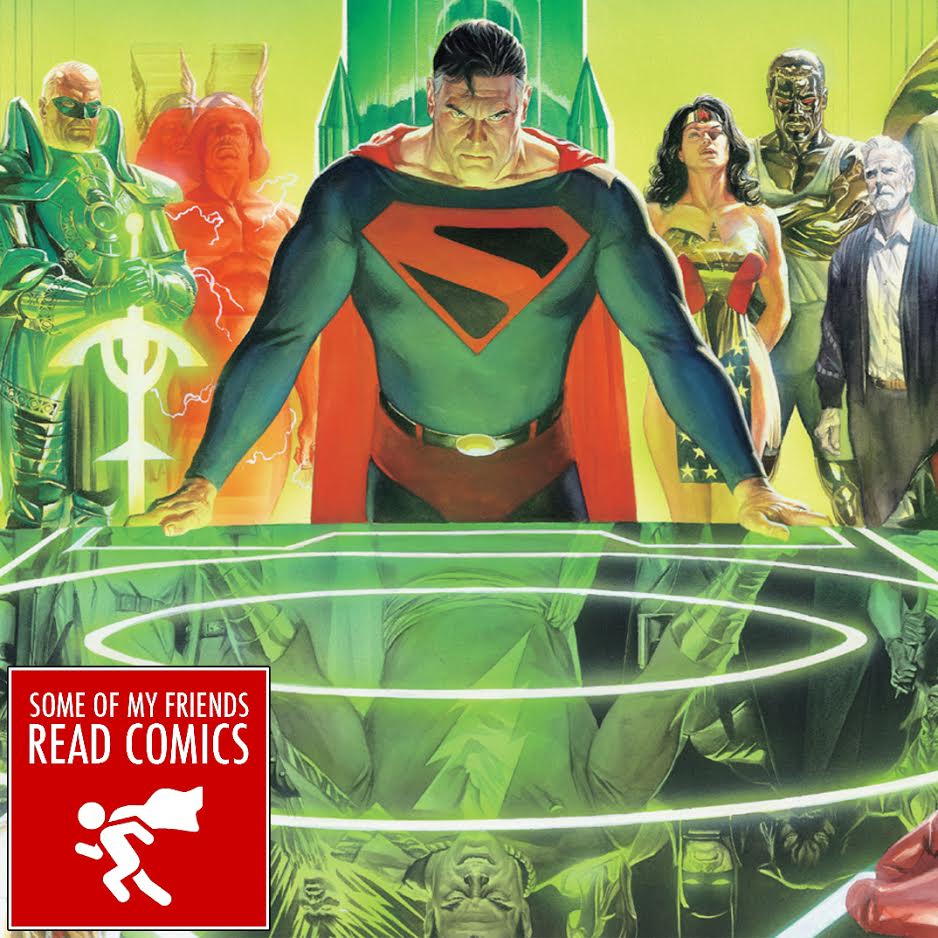 Justice League’s almost out, but we had the brilliant idea of reading about the FUTURE JLA from Alex Ross and Mark Waid’s Kingdom Come in 1996. A beautifully painted miniseries where the only characters that matter are Superman and Batman.

Turns out it’s barely about the Justice League. Whoops! But hey, at least it’s pretty.