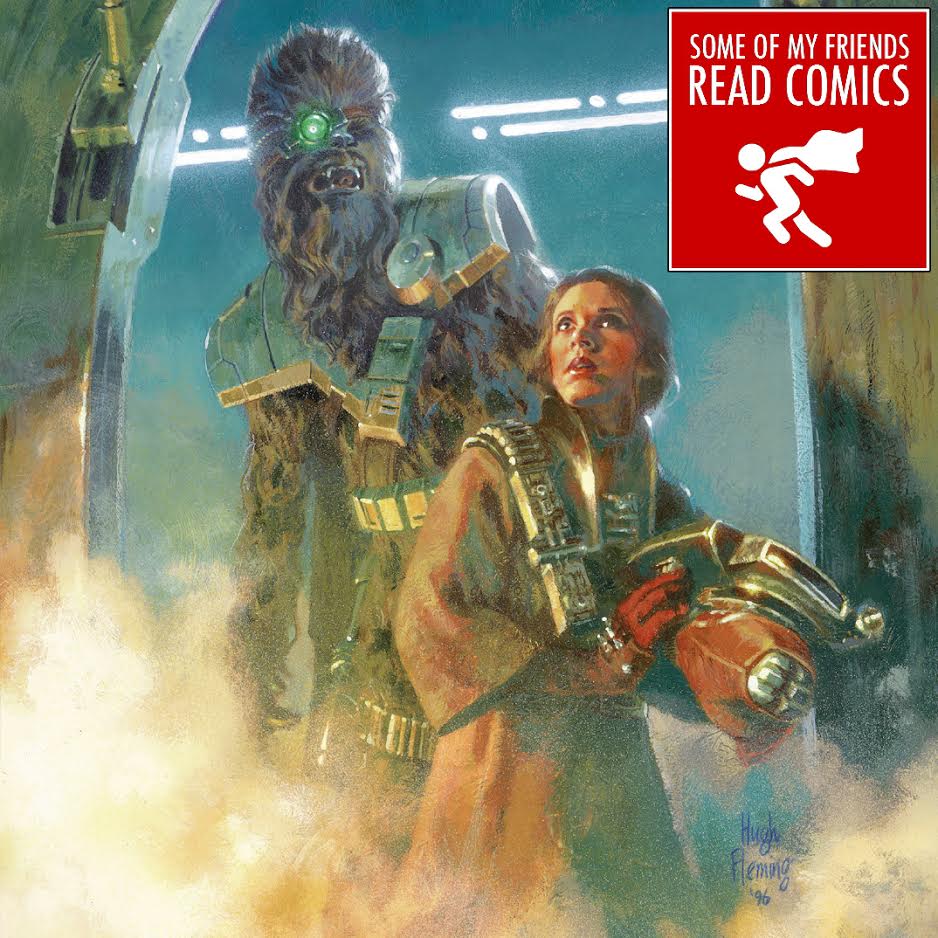 In the mid-90s, Lucasfilm decided to fill in the Star Wars gap between episodes 5 and 6 with Shadows of the Empire.

There was a game, a book, a soundtrack, a junior novelization… pretty much everything except a movie.

There was even a comic book! And we read it! All 6 issues!