Fifteen years ago, Dylan and Scott wrote & directed the award-winning short film “DAY OF THE INVASION”, a loving homage to the alien invasion B-movies of the 1950s.

DAY OF THE INVASION had everything – love, drama, comedy, the best movie president ever (played by Vince) and DESTRUCTOBOT 5000!

Now, Dylan and Scott have booked a meeting with Hollywood’s movers & shakers to pitch a feature length version of DAY OF THE INVASION for a new generation. This is their planning session before they meet with the fabled “Pitch Room.”

All My Friends Are Right Here 066 – The Pitch Room: Day of the Invasion 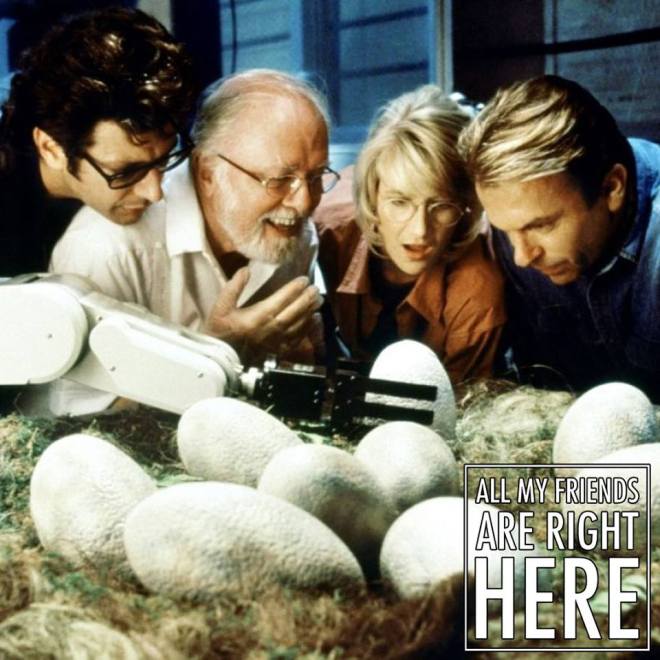 Hold onto your butts! The guys try to realize John Hammond’s dream and bring Jurassic Park to life. Out of the pool of dinosaurs that appeared in the Jurassic Park thrillogy, the guys draft their own Jurassic Parks.

Also, Richard tells us his horrific childhood nickname for Anklyosaurus, Alex shares his lifelong wishes for a pteranodon to ride on his arm like a parrot, and Scott sets the record straight on how he feels about gallimimuses.

During the episode, we mentioned the Toronto Raptor’s inflatable mascot. He’s amazing.

This week’s contest is to photoshop one of our hosts with Chris Pratt. My wife overheard us during recording, and she already got a jumpstart on all our listeners. She misinterpreted the contest as “photoshop us with Chris Pratt…’s body.” 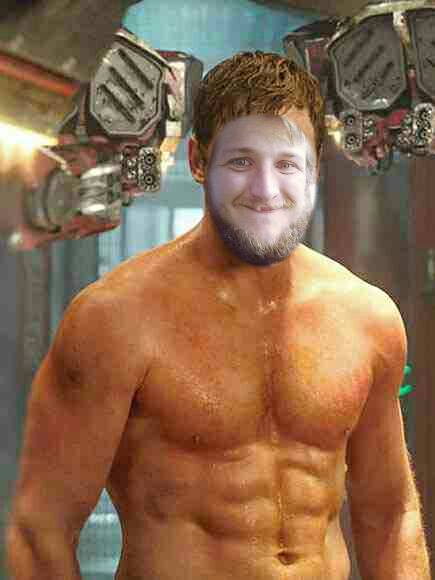 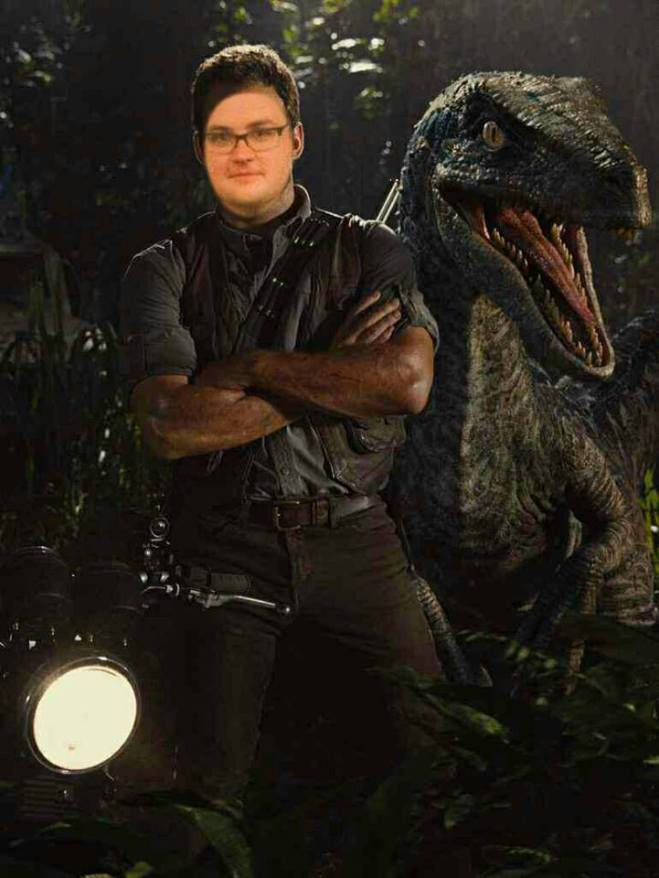 Please make your own submissions in the comments below, or by tweeting us @wererighthere!