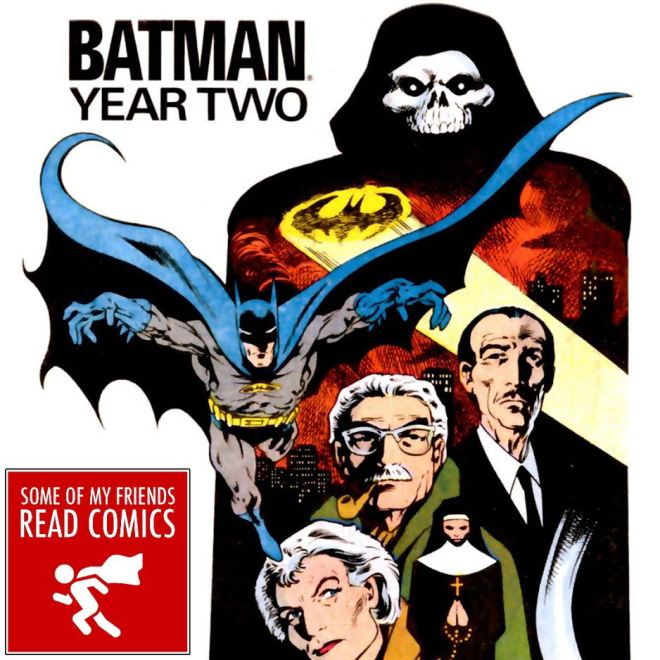 It’s our 2nd year anniversary! So of course we had to keep the tradition alive and read Batman: Year Two from the late 80s, a shameless excuse to capitalize on Frank Miller’s iconic Year One.

We’ll also try to figure out why Batman would team up with the killer of his parents and why Jim Gordon has turned into a complete idiot.

Some of My Friends Read Comics 052 – Batman: Year Two