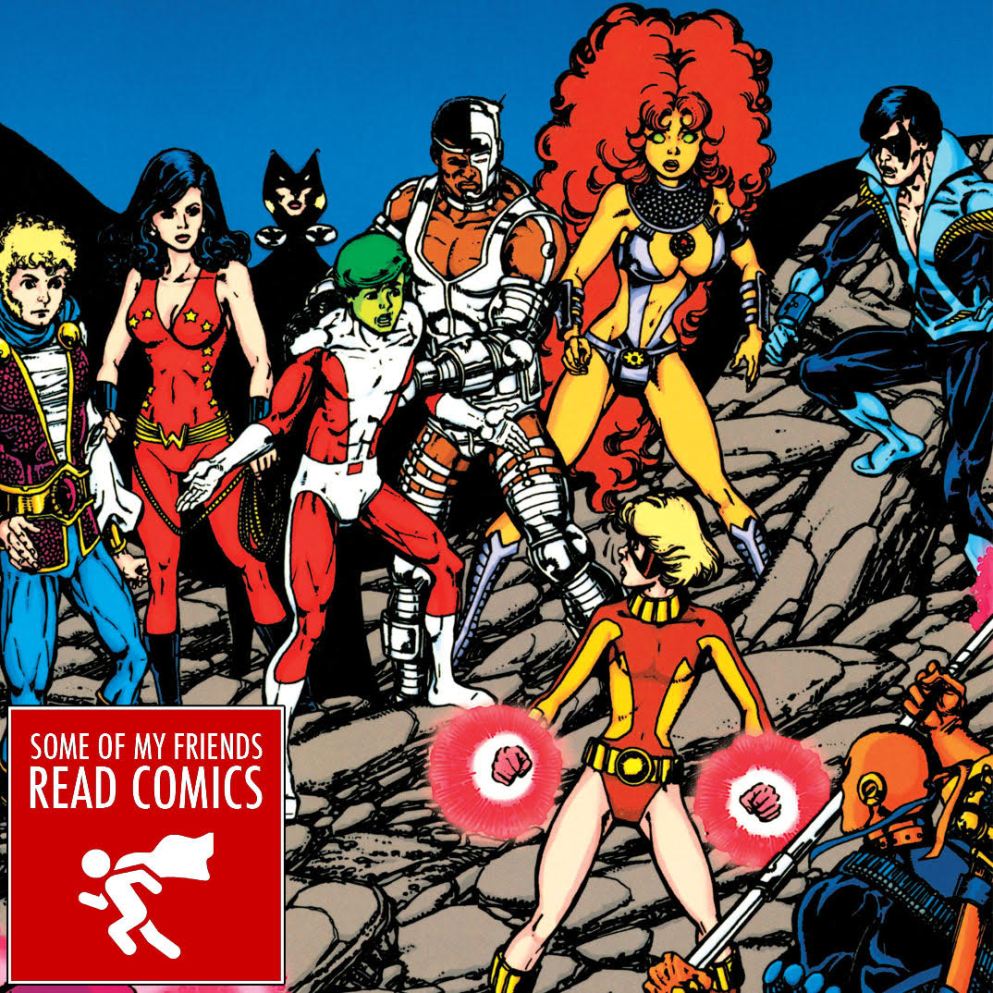 There’s a spy in the Teen Titans… and she works for Deathstroke! Dick Grayson drops the Robin mantle to debut Nightwing! There’s a new team member named Jericho, a sweet little mute boy!

And over in All Star Superman #9, Clark deals with some real assholes! 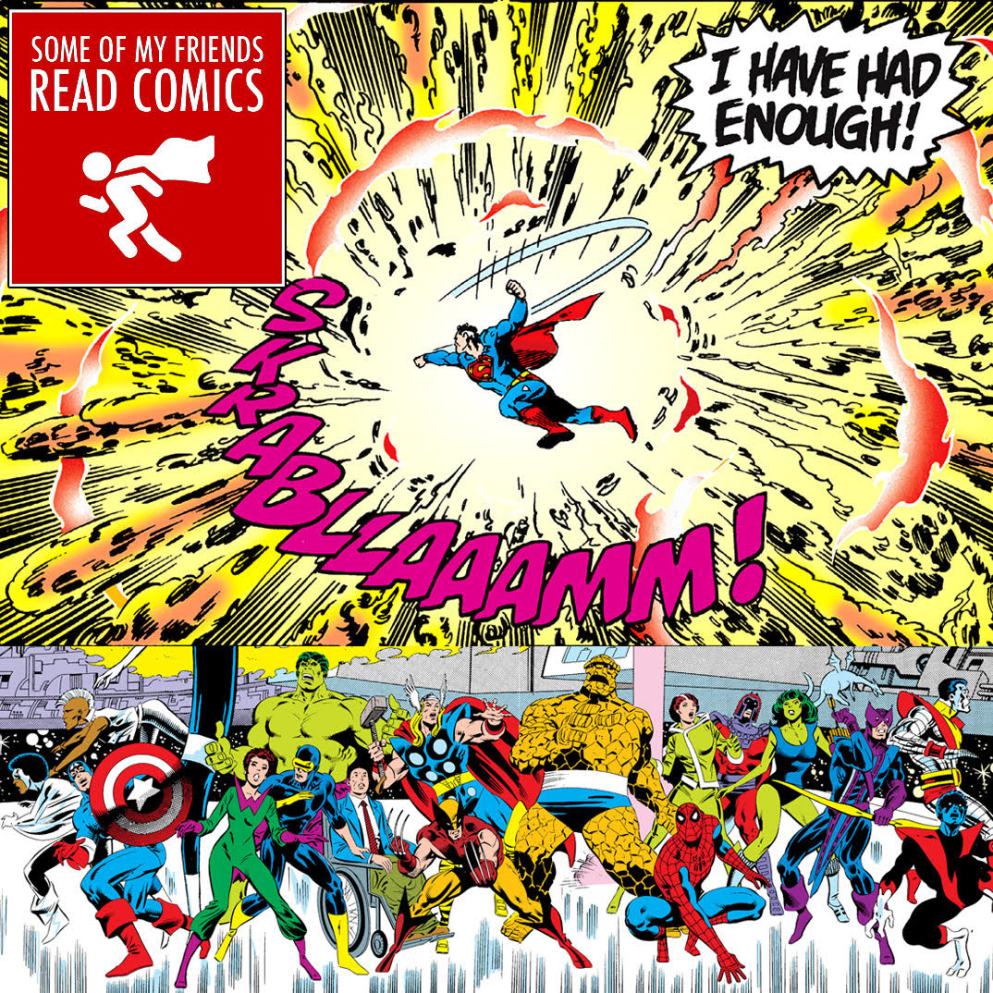 We’ve reached the final issue of Crisis on Infinite Earths!

And as our first long-read book ends, we jump right into our next one and begin Marvel Super Heroes Secret Wars (yes, that’s the full title).

We look back at the entirety of DC’s first event and what it meant for comics as a whole before reading Secret Wars #1 to see what direction Marvel took for their first event.

And we’ll keep reading an issue of Secret Wars every episode to see how the story progresses!

Next Time: Afterlife with Archie

It’s a major milestone for the Man of Steel as we read the newly released Action Comics #1000, filled with stories honoring Superman as well as Brian Michael Bendis’ first story after his move from Marvel to DC.

And since we’re reading something so modern, we figured we’d take a look at various offerings from this year’s Free Comic Book Day.

AND on top of all that we’re starting our deep dive into the classic Crisis on Infinite Earths by reading the first issue. That’s a lot of stuff!

Next Time: Infinity War and Crisis on Infinite Earths #2

It’s our 3-year anniversary, so we had to continue the tradition by reading Batman: Year 3 from 1989 by Marv Wolfman with art by Pat Broderick.

No really, we had to, we’re thankful there’s no Year Four.

Originally from issues 436-439, it appears to be a story retelling Robin’s origin. And then they pasted the “Year Three” title on it. Then they changed “Three” to a “3” for some reason. Look, we don’t know.

When it comes to classic superteams, one of the first names that comes up is the Teen Titans.

It started out as kid versions of DC’s big guns, but when Marv Wolfman and George Perez reinvented the series with The New Teen Titans, they became one of the most popular teams of the 80’s.