If we’ve learned anything from this show, the best way to make a cool Thor comic is to take a non-human character and put Thor clothes on it. It worked with Frog Thor and it totally works with Beta Ray Bill.

We read his 1st appearance at the beginning of Walt Simonson’s classic run from the mid 80s in issues 337-343.

Thor also fights a dragon and changes his secret identity situation from unnecessary to still unnecessary.

Some of My Friends Read Comics 066 – Thor by Walt Simonson

Vince, Scott, and Doug Vader remember Toonces the Driving Cat, marvel at the Predator font in “No Time to Bleed”, and wish they could be as cool as Chris Hemsworth (even though he’s weird now).

END_OF_DOCUMENT_TOKEN_TO_BE_REPLACED

Before our SNL Best Skit of the Season Spectacular next week, here’s one last chance to check out all the best skits from the Saturday Night Live, spring Season 40!

Even if you haven’t been keeping up with SNL, here’s the best 11 skits this spring had to offer.

Sound off in the comments about what your favorite was. Scott, Kia, and I may read your comment on the air and you will be immortalized forever in the completely permanent format of a weekly podcast series.

All the skits are embedded after the break!

END_OF_DOCUMENT_TOKEN_TO_BE_REPLACED

There’s more than one way to skin an evil murderous robot. Vince, Chris, and Kia took a look back at a couple of classic Ultron stories written 30 years apart to see just how things have changed in the comic book world.

LISTEN in amazement as they discuss differences between the movies and the comics and try to wrap their heads around exactly what the heck is going on with the Avengers.

Some of My Friends Read Comics 002 – Ultron Double-Feature 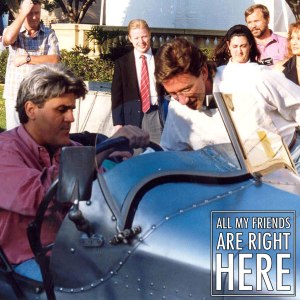 Because you DEMANDED it!

Every day, people beg us to do an episode about Tim Allen and John Goodman.  I don’t know why that iis, but it’s frequently the most requested episode.  Today, we’re finally gonna dive deep and determine – whose career is best: Tim Allen or John Goodman?

From their 90s sitcoms to their Pixar adventures and everywhere in-between, join all my friends to talk Allen and Goodman in this sure-to-be fan favorite episode! 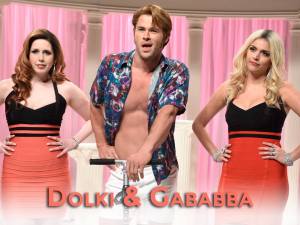 This week’s best skit was the Hillary Clinton Cold Open.  That’s not to say that the episode was all downhill from the beginning.  It was just a nice, strong introduction to a new Kate McKinnon impression. Her Hillary should be fun going into the 2016 election season.